A pat on the back

A tap on the shoulder

A meaningful look into ones eyes

A card in the mail

A call on the phone

A walk in silence

One day you wake up and jump pout of bed without noticing you didn’t struggle to get up, the day is half done before you realize how easy it was to get to this point in the day when at another time, the hours dragged for you to move, to shower, to dress, to not get back into bed. This day when it happens, comes as a surprise, when, how did you get here, this day is the beginning of your transformation. Something inside you shifted and wanted more, to keep going, to survive. It can take years before the transformation happens but have faith in yourself, you can get there. One day. You will transform. Your pain into growth will guide you. Be open.

Your broken heart in a picture; words on a card

Thoughts on a page; heart on your sleeve

Tears on you pillow;  wind in your hair

Expression is always there

From experience it grows inside

For us to find when we lie

Down to reflect of past wins or losses

Wisdom comes from within

Welcome what it has taught us

for it to reach us; not to hide

The stranger in the window; you have forgotten who it is

Think back to a time when it looked familiar

Who is that face staring back at you

Time changes the reflection of ourselves

The passing of time cause us to reflect

As we reflect on the reflection in the window

What is the intention; we often ask

Is it pure, honest, real

Do we trust or question ones intention

To whom does the best intention help

Our intentions can be misinterpreted, misread or misunderstood

Is it why we keep our deepest intentions private?

Happy to sad; here to gone

Thank you for Reading,

Every November Canuck Place Childrens Hospice has a `Remember our Children` event. We attented a few years ago. They do a beautiful tribute, though it is a strenuously emotional day, the lead up, the actual event, the drive home. Our boys attented the sibling bereavement program at Canuck Place, twice a month for the first year after their sister died. We went to a few ‘remembering events’ in those first couple years. But they take a toll, as much as we, her parents needed to know she was remembered it was hard on our boys to understand the grief we felt. So for the first time in over a year we brought our boys then six and eight to this annual event, knowing it would likely be the last.  I have continued to attend  on my own not wanting my sadness to affect their thoughts and lives on the regular. I realize in their little worlds, their short memories how far away five years ago is.

My youngest who was just turning four doesn’t really remember with the same sadness what happened though he still knows who she is/was and he used to talk about her (he prefers not to mention her now, I asked why, he said he doesnt want to have to explain). Our older son who turned six shortly after his sister died was affected  much more. He was the one asking me for a little sister (he already had a brother) he was anticipating her joining our life more than anyone I think. And it has literally change the person he is today, though I will also mention not in a bad way- he is incredibly strong, as well as, he is always sensitive to others around him, he is always observing and taking note.

During the event the kids got restless and went out in the hallway and did memory crafts, as my husband and I sat and cried, listening to grieving brothers, sisters, mothers and fathers speak, listening to the beautifully orchestrated but also the saddest music we had ever heard (we both agreed) our oldest son came back in put his arms around both our necks gave us the gentlest, most sincere hug and went back out.

Later that night as I put the younger ones to bed. Lily’s little sister Hope was born 15 months after her. My oldest son sat with his dad and casually said- `do you know what I`m thinking about`  Dad said no- our son says- `she was so beautiful. That was the worst day of my life.` Dad says -I know and it was a sad ceremony, but its good to always remember her even if it hurts.`

That is when, what my wise little eight year old  boy says next just blows me away, he says, -`well she`s still here`, his Dad says ` yes, she`s always with us`, he says -`no dad she’s here she’s sitting on your head, and on my head, and on moms head, sometimes when I`m at school and I’m stuck on a hard math question she helps me, like she helps you and mom when you sad.`

Dad smiles, a sad gentle smile, gives him a hug while quietly wiping away a tear.

I thought. I like that. My angel is on my head. I too smile as I cry. Its a comforting thought to know my little boy has his angel, his sister to protect, guide and help him along the way.

A wonderful memory I hold in my heart.

Thanks for reading. I hope you can cherish your angel that sits with you. 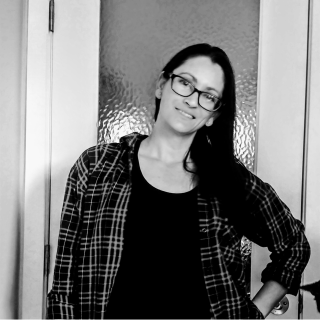 I am a married, working, mother to 3. A writer. An environmentalists. A grief advocate. Co- author of 'letters to loved ones- A journey through Grief'. I am also a bereaved mother. I lost my 1rst daughter, my third child in 2012. I also lost my maternal & paternal grandmothers the same year within months of my daughter. As well as, many friends to suicide, drug overdoses, car accidents and violence. The year my daughter died I lost myself. My eyes were ripped open to a new world. A world where each city has hundreds of parents who lose children every day/week/year. I met too many parents who lost kids to cancer, who have had multiple stillbirths. Dealing with my grief is literally that- how I have dealt with my grief that first year, how I have continued my journey through my grief in hopes of helping others with theirs. Thanks for reading. Sheri

Using ACT and CFT to survive miscarriage and baby loss

A Tale of 2 Profs: Sharing our stories about teaching, learning, leading, & living

An Author of Children's Books; A Blog to Encourage Good Character in Children

The Official How To Blog

The official site of how to-ing.

Catch A Cootie By Its Toe

Damn, Girl. Get Your Shit Together.

Unsolicited advice for shit you didn't know you were doing wrong

Where Life Is real.

Grief Out Loud. Art. And Life.

Give Me The Details

Let’s Talk About Those Details Big & Small, What Will I Think Of Next?

What if you are more - really much, much more - than you think?

“Writing is the only thing, that, when I do it, I don't feel I should be doing something else” Gloria Steinem

The Art of Blogging

My Journey with You